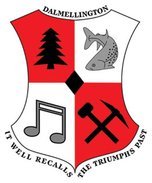 As a contesting band within the Championship Section, we compete in various contests throughout the UK.  Over the years we have seen notable success having won every major competition trophy in Scotland, including three Scottish Championship wins.  Dalmellington Band is a well known premier concert band throughout Scotland.

Dalmellington Junior Band has been established for many years and achieved many successes, including the Scottish Youth Brass Band Championship and representing Scotland at the European Youth Championships in 2014.  To continue with this success and secure the future of brass in Dalmellington, the Brass Academy was established in 2016 and provides free music tuition.  The Brass Academy, continuing with the success of their predecessors, secured 1st place at the Scottish Youth Brass Band Championship (Preparatory Section) in 2019.